In response to recent COVID-19 concerns, we are writing to assure our clients that we are taking recommended precautions and open for business. We offer video calls through Zoom, Skype and FaceTime.

CALL FOR A CONSULTATION 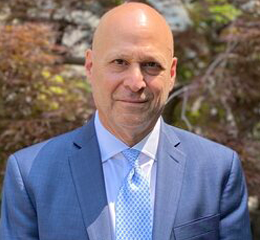 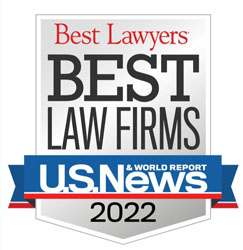 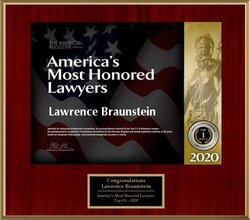 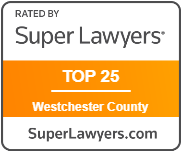 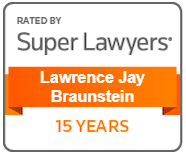 Lawrence Jay Braunstein is a partner in the law firm of Braunstein & Zuckerman, Esqs, in White Plains, New York. His practice includes the areas of Matrimonial and Family Law and related civil and criminal litigation. Since 1985 he has specifically focused his practice in the areas of child custody litigation, including parent-child contact problems and issues involving allegations of parental alienation and refuse/resist dynamics, and litigation involving allegations of child sexual abuse, physical abuse and abusive head trauma (shaken baby) in matrimonial, family and criminal cases. He is recognized by his peers as an expert in these areas and is often hired by other lawyers to assist them in their litigation because of his expertise in these areas.

Outside of his practice, Larry believes in the importance of adequately training the next generation of lawyers in both litigation and non-litigation skills. To further that goal he serves as an Adjunct Professor of Law at Hofstra University School of Law in Hempstead, New York where he teaches Modern Divorce Advocacy, and Child Abuse and Neglect.

Since 2007 he has been named as one of the “Top Attorneys in the New York Metro Area” as published in the New York Times Magazine’s Super Lawyer Section, and one of the top Twenty-Five “Super Lawyers” in the Westchester County, New York, area. In 2014 he was rated “AV Preeminent” by the Martindale Hubbell Peer Review Ratings, indicating his high level of ethical standards and professional ability, generated from evaluations by other members of the bar and the judiciary in the United States and Canada. In 2018 he was included in Best Lawyers in America, and his firm was included in Best Law Firms in America.

He is a Fellow of the American Academy of Matrimonial Lawyers and the International Academy of Family Lawyers.

Larry is a respected member of the legal community and is involved in leadership positions with several professional organizations. He is a member of the New York State Bar Association, Family Law Section, Executive Committee and Former Co-Chair of the Committee on Child Custody; Past Legal Chair of the New York State Interdisciplinary Forum on Mental Health and Family Law, and Past Chair of the Westchester County Bar Association, Family Law Section. He is Vice President of the American Professional Society on the Abuse of Children (APSAC) New York Chapter, and a member of the Expert Faculty of the International Society for Prevention of Child Abuse and Neglect (ISPCAN). He is also a Past Co-President of the Association of Family and Conciliation Courts (AFCC) New York Chapter, and a member of the Board of Directors of AFCC International.

Larry and his wife live in Westchester County. Larry is an avid cyclist and rides whenever he can. He has also attempted to summit Mount Rainier three times. The third time was not the charm, and he is considering whether to make a fourth attempt.

'I can honestly say that I look forward to going to work everyday, and that I truly love what I do. My clients know that I am committed to helping them navigate through their legal issues and on to the next phase of their lives.'

Braunstein & Zuckerman Esqs. is located in White Plains, New York and serves clients in Westchester County and throughout the New York Metropolitan area.

Attorney Advertising. This website is designed for general information only. The information presented at this site should not be construed to be formal legal advice nor the formation of a lawyer/client relationship. [ Site Map ]

See our profiles at Lawyers.com and Martindale.com